HomeYWCA CEO Angela Panzarella to Retire in October
A- A A+ 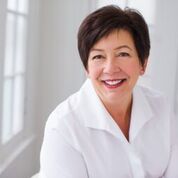 The YWCA of Rochester & Monroe County announced Tuesday that CEO Angela  Panzarella, will retire from the organization at the end of October.

Panzarella joined the organization in mid-2018 as interim CEO and was named full-time CEO later that year.  Prior to joining YWCA, she held senior executive positions with local for-profit businesses.

“When Angela was appointed as YWCA’s CEO two years ago,” said YWCA Board Chair Liz Vega, “we understood she was taking the position in a transitional capacity, focusing on establishing a solid foundation for the organization’s future.  She has put the organization on a firm course for success.”

Panzarella said that she is, “enormously proud of what our staff has accomplished over the last two years.  Their belief in the YWCA mission is evidenced every day in their commitment to the hundreds of women and families we serve.”

The organization’s board of directors has launched a search for a new leader.